Interactive Documentary Brooklyn (idBrooklyn) is a new platform for rich media navigation: it is a multiuser environment inlcuding a 3D frontend, different types of interfaces and will run as an interactive installation and as an online site.

For my thesis project I created an interface for the navigation along an ontological graph. I wrote a detailed description of the project, and parts of my research can also be found on BrookLynX Research. 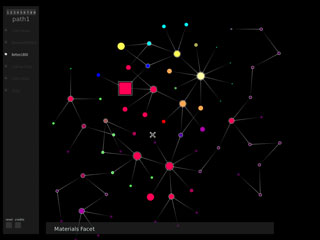 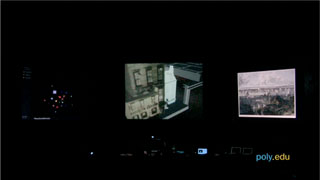 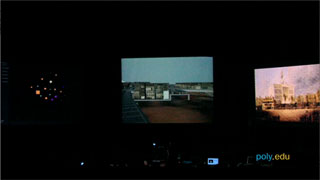 Screenshots and cuts taken from the video documentation of the NYU Symposium, which can be found at v.poly.edu.